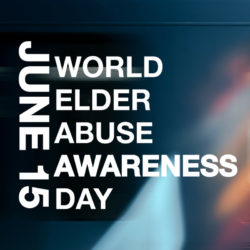 World Elder Abuse Awareness Day (WEAAD) is recognized annually on or around the 15th of June. Since its inception in 2006, communities throughout the country and around the world have used this day to raise the visibility of elder abuse by sharing information about abuse, neglect, and exploitation in later life and promoting the resources and services that work to increase victim safety and improve offender accountability.

Click here to be directed to the WEAAD graphics page. 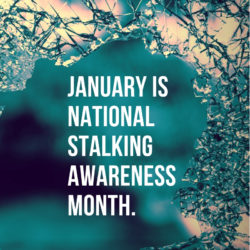 In January 2004, the National Center for Victims of Crime launched National Stalking Awareness Month (NSAM) to increase the public’s understanding of the crime of stalking and to help develop and implement multidisciplinary responses to the crime.

Click here to be directed to the NSAM graphics page. 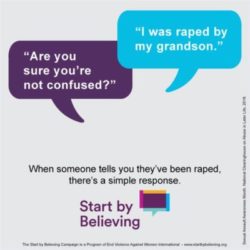 Sexual Assault Awareness Month (SAAM) was first observed nationally in April 2001. The intent of SAAM is to promote national unity in voice and action regarding sexual assault issues, to encourage interaction and feedback from across the nation, and to build momentum based on the previous years’ SAAM activities.

Click here to be directed to the SAAM graphics page. 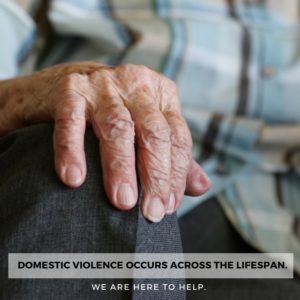 Domestic Violence Awareness Month (DVAM) evolved from the “Day of Unity” in October 1981, which was conceived by the National Coalition Against Domestic Violence (NCADV). The intent of DVAM is to connect advocates across the nation who are working to end violence against women and their children.

Click here to be directed to the DVAM graphics page.

Other pages in this section

Resources are listed alphabetically by topic area. Please click on a topic area below for more details.
Learn more

This page hosts training handouts for participants who attend OVW Abuse in Later Life Grant-funded local training events. These tools may also be used by other trainers who are looking for materials to supplement their community training events.
Learn more
For Victims & Allies For Professionals For Trainers
Safe exit Quickly & safely exit this site